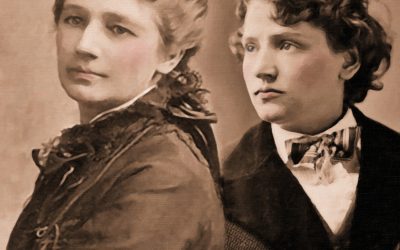 Before the social support for today’s #MeToo movement, two women courageously denounced and accused two public figures, and exposed the rampant sexual misconduct of “the most famous man in America,” the Reverend Henry Ward Beecher, and others—in 1872.

It was unheard of in Victorian America for women to speak publicly about “relations.” Both Victoria Woodhull, and her youngest sister, Tennessee Celeste Claflin, suffered severe consequences for setting an intrepid, perhaps the first #MeToo precedent.

As no man would ever publish such stories, to shed light on these truths it required the two women who wrote them to own, edit and publish their own newspaper—a first in American journalism. Victoria and Tennie had already made history, opening the first women-owned brokerage firm on Wall Street; Mrs. Woodhull became the first woman invited to address a Congressional Committee and became the first woman to run for President of the United States as nominated by a national party; and Tennessee had run for New York state office. All these events transpired five decades before women could even vote nationwide.

From its inception in May of 1870, under The Woodhull & Claflin’s Weekly nameplate, a banner declared:

For the November 3, 1872 issue—the issue that exposed the first #MeToo incidents—the sister owners changed the banner to read:

Victoria Woodhull set forth the facts of “The Beecher Tilton Scandal:”

THE BEECHER-TILTON SCANDAL CASE  DETAILED STATEMENT OF THE WHOLE MATTER BY MRS. WOODHULL.

I propose, as the commencement of a series of aggressive moral declarations on the social question, to ventilating one of the most stupendous scandals, which has ever occurred in any community…

I intend that this article shall burst like a bombshell into the ranks of the moralistic social camp.

The article, a brilliant example of investigative reporting, filled thirteen long columns of print, over five full pages. Woodhull presented the full cast of characters, all salient details of every discussion or written communication, regarding the Reverend’s long-standing affairs with parishioners’ wives and daughters, and especially with Elizabeth Tilton, the young wife of his protégé and sermon writer, Theodore Tilton.

This ground-breaking exposé lead to “The Trial of the Century” (Nineteenth), when Mr. Tilton sued Reverend Beecher for “alienation of affections” from his wife Elizabeth.

In the same column where Victoria’s article finished, Tennessee Celeste Claflin, assailed the conduct of one Luther Chaliss and a broad cross section of the male population of New York City—the second instance for #MeToo:

THE PHILOSOPHY OF THE MODERN HYPOCRITE

… When anybody presumes to uncover the stench-generating pools of filth, debauchery and rottenness in which so many of the most respectable male citizens wallow and riot, society stands back horrified, and denounces the presuming individual as the incarnation of diabolism; and as especially damned, if it be a woman.

Tennessee went on to account the specific conduct of Luther Chaliss, together with a bon vivant, young, and handsome blueblood (Charles Maxwell) called “Mr. Smith” at the annual French Ball at the Academy of Music, New York City in 1869.

Two maidens of age fourteen were drugged, seduced and taken to a house of prostitution. Then, they were robbed of their innocence by these two scoundrels, Chaliss and “Mr. Smith,” who each took one girl and finished debauching her virginity, then switched to assault the other girl.

This scoundrel Chaliss, to prove that he had seduced a maiden, carried for days on his finger, exhibiting in triumph, the red trophy of her virginity.

After three days of the Lotharios exchanging beds and companions, and when weary of this, they brought their friends, lined up out on the street, to the number of one hundred and over, to repeatedly debauch and destroy these poor young girls—mere children. Within days one girl was found dead, the other at the lowest establishment on the docks, incoherent and terrified.

We have not told the half here that we might.

Unfortunately, Victoria and Tennessee did not have the current support of #MeToo, and they paid a heavy price for their actions, suffering imprisonment, loss of all assets, and public disgrace… all for telling the truth!

We can only hope that from now on #MeToo will prevent that kind of retaliation, and crimes against women will diminish. 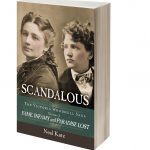 Neal Katz advocates gender equality. He publishes #WomenCan on Facebook, a daily identification of empowered women in herstory. Neal is the author of Outrageous, The Victoria Woodhull Saga: Volume 1, Rise to Riches, which has been awarded ten literary awards. The second volume, SCANDALOUS: Fame, Infamy, and Paradise Lost, Volume II, (Spring 2018) covers all the events mentioned above. There will be a third volume to complete the Saga of the lives of two amazing women.